This 20-minute film introduces Evangelical Christians who are working for action on climate change and the environment. They explain how they became passionate about the environment, the biblical passages that called them to action, their fears about the future of our planet, and how their spiritual strength can help sustain them on this long journey to fix the planet. They call on all other Evangelical Christians to join them.

To screen this film at your church or gathering, email: samfilmtv@yahoo.com

News Flash — January 1, 2019– Our film was selected as winner of the International Award of Outstanding Excellence for 2018

News Flash–August 28 – Just heard we received an Award of Merit from the Awareness Film Festival, which will take place in Los Angeles from Oct. 16-16. 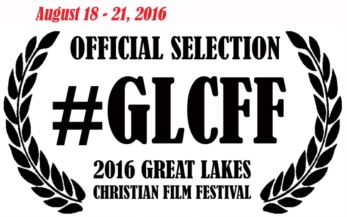 July 16 – Great screening at The Narrow Way Film Festival in Philadelphia on Saturday. Here’s a picture of Sam Kauffmann with Venetia Baldwin, the festival director. 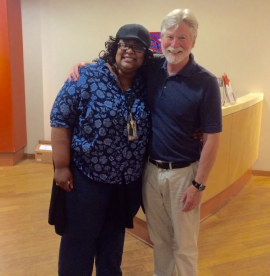 June 25 – The Christian Film Festival has just announced that we won the award for Best Documentary and Best Message (Take Care of our Planet)!!!

June 24 – Just received the great news that we have been accepted into the Great Lakes Christian Film Festival, which is celebrating its fifteenth year. The festival takes place on August 19-21 in Buffalo, New York.

June 1 – I will be attending The Narrow Way Film Festival in Philadelphia, PA. The festival celebrates films intended for predominantly Christian audiences. Our screening will be on Saturday, July 16 from 1-3 PM at the Platt Student Performing Arts House, as part of the Shorts Program, located at 3702 Spruce Street.

Had a great screening and Q&A at the Show Me Justice Film Festival on the campus of the University of Central Missouri in Warrensburg, MO on the evening of Thursday, April 7. Great people with a desire for making the world a better place through justice for all. 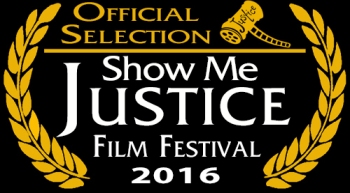 December 15: Just received the news that the film has been selected for screening at the Inspired Faith Film Festival. The festival takes place in Fort Lauderdale, Florida from Thursday, February 18 through Saturday, February 20. We will post more information as the festival approaches. 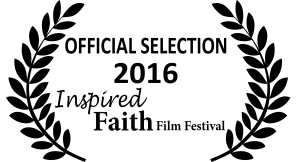 November 6: The film had its U.S. premiere in Los Angeles, CA at the Regal LA LIVE Theatre on Sunday, November 1, as an official selection of the Big Cross Los Angeles Christian Film Festival. The turnout for the screening was terrific and the film was a hit. A thoughtful and dynamic Question and Answer session followed the screening. 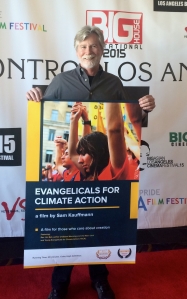 Premiere: The film had its North American Premiere at the Christian Life International Film Festival on Saturday, September 26, 2015. This is one of the largest and most prestigious Christian-based film festivals in North America.